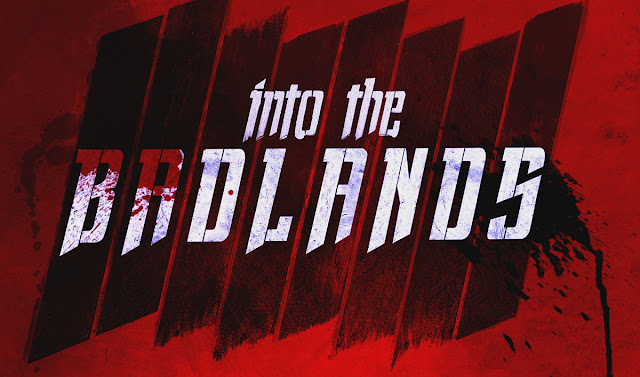 I got clued onto Into the Badlands a while back, but it wasn't until it recently hit Netflix that I was able to actually watch the first season. I can honestly say it was worth the wait. Into the Badlands (ItB from here out) is the kind of show that refuses labels. It's got martial arts, but it's not really a "kung fu" show. It's set in a post-apocalyptic world, but it's not really a post-apocalyptic show. It takes and fuses elements of a number of genres includes the aforementioned into something unique.

Though tough to pin down from a genre perspective the show can easily inspire any number of genres. What stands out to me is how little world building the show uses during the first season, and yet how well that works. The show sets up its world with a minimalist flair that both paints in broad strokes while also providing small snippets of detail.


The wars were so long ago nobody even remembers. Darkness and fear ruled until the time of the barons, seven men and women who forged order out of chaos. People flocked to them for protection. That protection became servitude. They banished guns and trained armies of lethal fighters they called Clippers. This world is built on blood. Nobody is innocent here. Welcome to the Badlands.

That's not a lot of specific detail, but it also tells us a lot. Broadly we know that the titular badlands are ruled over by a society that is more or less feudal, with Barons controlling vast tracts of land and the people who work them like the serfs of old. These Barons each control some kind of resource trade, petroleum, opium, minerals and the like. There's a tenuous peace between the Barons at the outset. Oh yeah, and the the barons also have armies of martial arts trained thugs.

Beyond that initial setup he later learn that somewhere beyond the badlands is a city that may or may not be legend known as Azra. There's also a river that runs through the badlands and is controlled by "The River King" who is not a baron but has both their respect and a similar purview of power.

Once you get into the show a bit we see that remnants of the old world exist. Motorcycles. Cars. Phonographs. There seems to be a lack of electronics but many early 20th century technologies seem to be at least semi-common. Less is more in creating the world. Broad strokes set the canvas of the setting and the detail slowly fills in with each episode on an as needed basis.

I said that I didn't think this was really a post-apocalypse show, and I stick by that, it's more like a post-post-apocalypse show. The usual themes of a post-apocalypse tale are gone. Resources are available, society has returned in some way, and scavenging seems to be a thing of the past. In some ways this reminds me of Numenera, it's a setting about living in the society that has grown up in the corpse of the old world and lives among its bones.

While ItB isn't post-apocalyptic in its themes it can still be useful for a GM. The way that the setting is laid out would work just as well for a more traditional post-apocalyptic setting. Those same broad strokes will allow your players to easily grasp the generalities of the setting while the limited detail and very narrow view of the story at the start will keep them from being overwhelmed by setting download syndrome. You can even use your players to help flesh out the setting by taking the ideas they have for their characters and expanding on them in little, or big, ways. Minimal effort, maximum return.

The second season of ItB started recently, and I imagine it'll make it to Netflix in due time. I'm eager for it to do so because I'm curious to see how else they develop the setting.
Posted by Marc Plourde at 12:30 PM