Gods of the Fall - Divine Sacrifices

Some gods have it rough. There are prices to be paid for knowledge, power, wisdom, or labors divine. Odin gave an eye to gain wisdom and magic. Tyr lost his hand during the binding of Fenrir. Osiris perished and lost his manhood coming back from death. Horus has given his eye for magic and perception. Hephaestus was born an ugly cripple and as a result poured himself into his skill as a smithy. Sedna's fingers are lost and become the creatures of the ocean, seals, walruses, and whales.

Sacrifice. Power. These go hand in hand in myth and legend and so too can they come together for your gods. If player and GM agree a god character may become maimed during play, or possibly even before play, with a return in the form of one or more divine shifts. The loss should be significant: more than simply an inability, the loss of an eye should represent multiple inabilities or penalties, the loss of a hand should greatly effect a warrior god (perhaps much less so a god of magic or wisdom however), while greater losses like deafness, blindness, and the loss one or both legs may make some tasks outright impossible and impose severe penalties on others.

As you can see loss of limbs or sensory organs should have multiple penalties and detriments. These gods should not be blind and yet able to see and act as if sighted (a Taran cannot take a blindness sacrifice), or otherwise unhindered by their impairment. In exchange for these disabilities they will gain one or more divine shifts or possibly dominion powers in compensation. Players and GMs should work all of this out ahead of time and if the character ever regains the sacrificed body part or capability the character should lose the gained shift(s) or abilities.

There's a lot of potential here to further customize your gods and their legend if you are willing to take a different look at your character's story. Becoming maimed during part of a divine labor makes that victory all the more important to your personal legend. Likewise being born blind or lame and overcoming those deficits on their way to godhood can help tell a powerful story of inspiration and hope in the bleak and dark setting of the Afterworld.
Posted by Marc Plourde at 12:30 PM No comments: 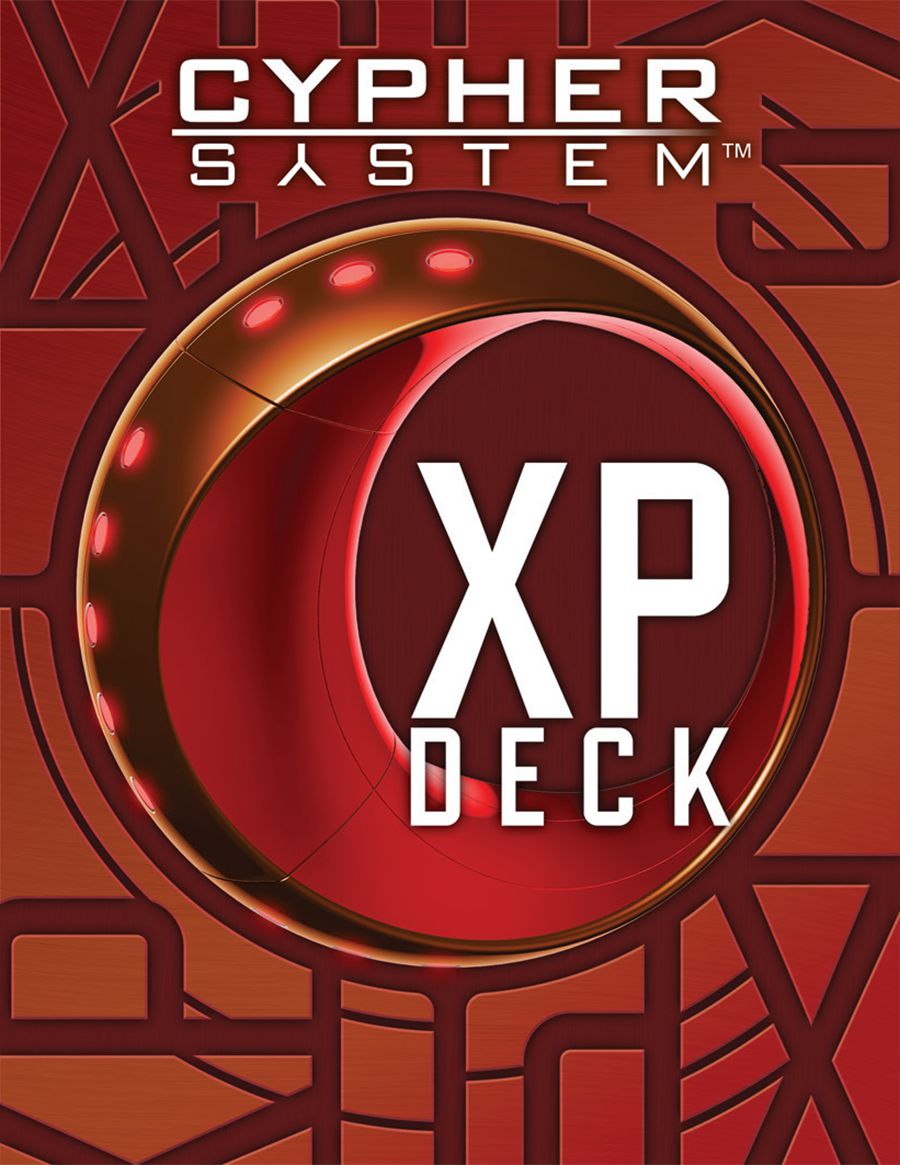 OK, so technically this isn't a hack because it's detailed on pages 230-231 of the CSR, but I seldom see it discussed or used so I figured that a highlight might well bring light to an underserved option in the CSR.

So what is an XP Advance?

The XP Advance mechanic is meant to open up an additional level of customization to players during character creation. This allows players to gain pre-game experience they can spend on advancements or on other medium or long term rewards. The cost of this bonus experience are story complications of varying severity. This could take the form of a hated enemy, a bum knee, a skill inability, a dependant NPC, or even a story requirement for future advancement.

The idea here is the ability to tweak characters a little more at character generation. Maybe you want to portray an older character who has more experience and has seen a bit of the world. Taking an some XP advances will allow you to buy one or more Tier 1 Advancements like an extra skill or ability or perhaps some additional pool points. The balance are some complications which can help to further flesh out your character's background and deepen the story behind your veteran PC.


Tom is making Quickfingers an Honorable Thief (Explorer with stealth and skill flavors) who Works the Back Alleys for a Cyberpunk game. He wants his character to be somebody with some experience. The veteran of the group who has a little more experience in the shadowy underworld of this near future setting.

Tom works with the GM, telling him that he sees his character as having been burned in the past by an unscrupulous client. The result is that Quickfingers is a wanted man by authorities. Worse still PhiMicroDrone Inc. (Φ) knows that Quickfingers was the one who stole their prototype. The Φ Corporate Security has an active investigation open, and their investigators, as well as hired bounty hunters, are hoping to get their own brand of "off book" justice if they can find Quickfingers before the Angeles Metroplex Police do.

In return for this story complication the GM agrees to advance Tom 16 XP, enough to make Quickfingers a Tier 2 character from the start. The other PCs will only be Tier 1, but initially Quickfingers and his player will have to deal with the AMPD as well as Φ Corporate Security.

In this instance Tom is gaining a full tier advance over the other players, but the story complications should be sufficient to balance this out. The GM would be expected to make Quickfingers life difficult as a result of his complication and Quickfingers finding a way to clear his name (or at least redirect the blame onto his client) should be a major portion of the game's early play. There is likely an understanding that the other players at the table may gain more experience early on possibly by way of the GM no granting Tom XP when Quickfingers' story complications lead to a GM Intrusion (though those GMIs should still generate 1 XP to be given to another PC).

Likewise Quickfingers backstory may contribute to NPC reactions and comments. A potential client of the group may not want to deal with the wanted thief and instead insist on discussing the contract with a different character. Potentially they may even find that the bounty on Quickfingers' head is sufficient to make enemies of neutral or even allied NPCs.

Likewise background complications need not be social ones. A character who is paralyzed and needs a wheelchair is as viable as a character who is wanted and hunter by the law. Likewise a player may choose to start the game with a missing arm with the full intent of getting a replacement during play. They could take no XP advance for that and simply receive the replacement arm at the right point in the story, or they could take an appropriate XP advance and later pay back that XP as the cost to gain the replacement limb. This would allow the character to start with a little bit of a leg up in return for the complication and may feel more organic to the story.

Of course lesser complications can be taken for lesser advances. Perhaps just a minor foible in return for the XP to buy a skill ahead of time. The point here is twofold, allowing the player to make the character they want to play, and providing more detail for character back story and for in game role playing. The complication balance always needs to be appropriate to the story and group. Likewise these should be used as the exception, not the norm. If all the players are asking to be tier 2 from the get go, it is probably better to just let them all be tier 2 without complication as they will still all start on the same footing.

Do you use XP Advances? How else do you think you could use trade-offs during character creation to customize your Cypher System character?
Posted by Marc Plourde at 12:30 PM No comments:

The column exploded in a burst of stone fragments and flame. Membel threw up his hand a pulled together a hasty shield from his divine aura. The swirling symbols flared a bright green and a ragged dome formed over his head blocking most of the stone pieces. Membel saw a light ignite to his left as Perlyenal enchanted an arrow and let fly at the corrupted ... thing that bore down on Membel. Behind the behemoth Membel could see the unconscious form of Larr partially buried in rubble and hoped that the champion's heavy armor would keep him from being crushed. Farther still Iaen wove some arcane work pulling words of power from memory and wrapping them into a swirl of energy around her staff.

Membel scooched backwards on his rear, throwing his sword up to deflect the creature's attacks. Once a divine servant this pitiful creature had fallen so far since the old gods had perished. The once beautiful form of a seraph had been corrupted and twisted by the parasitic influence of an insane raver that had somehow fused to the creature. The result was a twisted creature of divine flesh and divine iron, melded together in pain and madness. Whatever this creature now was it was immensely powerful and Membel feared that the fledgling pantheon would perish at the hands of this creature.

As the corrupted abomination reared back for another mighty swing Membel heard an agonized cry. Iaen! He dove to the side to avoid another crushing blow, the creature's hammer caught his left leg and searing white pain burst through Membel's nerves. The explosion that followed seemed almost dreamlike. The rain of seared flesh and molten iron stirred Membel from the brink of unconsciousness. The creature was gone, its remains miraculously strewn about the ruined temple.

"How?" he heard himself choke out over the pain in his leg.

Perlyenal was at his side, unnoticed, already applying healing hands to his leg. "Iaen's magic. I don't know how she-"

Perlyenal stopped mid sentence. Her face going ashen. Membel followed her gaze across the room. Iaen knelt on the rubble strewn floor clutching her staff. Her eyes were gone; bloody empty sockets above a blood curtained face. "It's .. it's done yes?" she asked in their direction. "I'll gladly bear the sacrifice if we have won the day." Membel and Perlyenal could hardly speak as understanding of the price of victory fell on them.
Posted by Marc Plourde at 12:30 PM No comments:

Friday
Gods of the Fall - Finding Your Balance
Posted by Marc Plourde at 12:30 PM No comments: