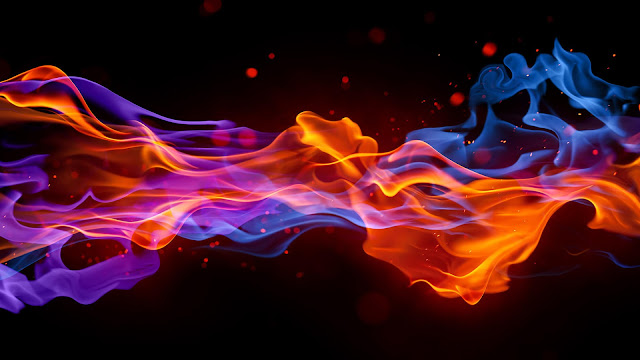 I've been reading Blades in the Dark lately. A little here and a little there. I don't see myself ever running it as GM, and I doubt I'll ever get to play it, not that I'd want to; I'm just not that into "evil campaigns." That said, I think there's some great ideas in the book. Some really nice ways to run aspects of games that just aren't fun to grind out the hard way. Blades in the Dark does this by abstraction.

It abstracts threats, and renders them into bite sized pieces that the GM and the group can narrate as they see fit. It likewise does this with building resources and allies. It even does do with equipment in a way, with the characters having a carrying capacity that is only occupied as they use equipment, thus making the planning of the PC's criminal exploits into an abstract system that allows them the freedom to be capable.

Let's go back to that idea of equipment. Specifically it's the character's loadout that is abstracted. Initially they have a certain load they decide on based on how much they want to be able to carry in total. This is left undefined, instead just indicating that the current job has the character carrying light (and being easier to remain undetected) or laden down for the operation (and being slower and easier to discern). As the players go through the mission they need a set of tools. Tools take up 2 slots and, of course they remembered to bring such an important item; they mark off two slots of gear in their inventory, noting that they are a bag of tools, and they proceed in the story.

Initially the was no entry for "bag of tools" on the character sheet, instead their inventory was abstract, they had a heavy load of gear they needed to break into this vault. By allowing the gear to be conceptualized as an abstract the group didn't have to spend time debating what to bring, the players just decide how much, while the characters, the experts that the players often cannot be, as assumed to be bringing the gear they need.

THIS WILL NOT SATISFY ALL GAMERS.

It just will not. Hell, it won't even satisfy some gamers all of the time. Depending on the game I'm playing this could be a great thing or a terrible thing. There are times when I don't want to micromanage things. Games like Cypher System tend to be very good at operating with more loosely defined terms than games intended for a more "old school" feel. Shadowrun run with Blades in the Dark's rules could either be really great, or really terrible, in part because it may be great fun, but it probably wouldn't really feel like Shadowrun if you always have the right piece of decking gear or magical focus just a check box away.

Threats are another great opportunity for abstraction. Instead of going through the minutiae of sneaking past the six guards on duty at the weapons lab the GM can decide that getting past the guards is a task needing a certain difficulty (in Cypher parlance), or a certain number of successes, or perhaps a certain DC task with four passed checks. With each roll of the dice the character overcome some fraction of the task. One quarter, or maybe more or perhaps less. They progress in increments that the GM can narrate with the help of the players telling them how they succeed. Maybe a DC of 15 was needed but a 20 was rolled, the GM says that gets them an extra increment. Instead of 1/4 complete they are now 1/2 completed. The players then narrate how they managed such a feat so easily.

Again: THIS WILL NOT SATISFY ALL GAMERS.


Find what works for you, as both GM and player. Maybe you play a military heavy game of giant mecha versus alien invaders and tracking each missile and rail gun round appeals for such a game. Maybe you have a game of superheroes and mostly avoid rolling dice because these characters are meant to be able to be awesome first, and challenged second. Maybe, like me, you like to play in both worlds, and enjoy both sides of the coin, the abstract and the simulationist. There's nothing wrong with that. Fun is fun.

The big take away, at least for my money, is that abstraction often facilitates characters to be more capable. If you want success to be something hard fought and the struggle to get ahead is part of your game you probably want to avoid using abstract rules in favor of strict simulation of the real world. If, on the other hand, you want characters who probably know how to be awesome in a way that their player's do not, abstraction is a great way to allow them to be more capable without loading them down with more and more abilities.

As always, your mileage may vary.
Posted by Marc Plourde at 12:30 PM