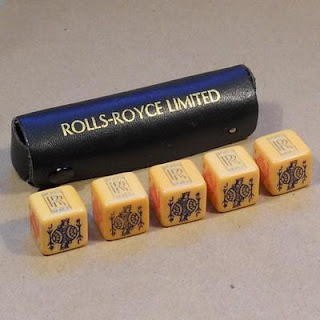 So it's time to talk about re-rolls. The most common (I am guessing) use of Experience Points in Cypher System games. I have a secret, a dark one: Sometimes I really hate re-rolls.

So I've started toying with the idea of changing not the re-rolls (they do more good than evil in my opinion), but the underlying XP. At GenCon I got to try it out for the first time. I used beads instead of XP Cards. There were black beads, white beads, and glow in the dark beads. They were skull shaped, and I used them in my After the Bomb homage game. I had a small black bag that I carried the XP Skulls in and had players blind draw from. Unlike regular XP the different beads had slightly different effects.

Mechanically the players had just as many XP for re-rolls as they would in a normal game, but when spending for re-rolls there were options based one what kind of XP the players had in hand. We only got to play for a short while, and I haven't yet tried it again (gaming has been spotty since the summer), but I really liked how it worked, and the players seemed to as well. It's the same, but just a little different and offers both risk and reward to players.

As GM you can even play around with how many beads of each you include. Maybe you do 6 white, 2 black, and 2 glow. Or maybe you do 3/3/3 in equal ratio. You could even do something like 6 white, 1 black, 3 glow or whatever distribution you wanted. Go heavy on Major Effects, or heavy on GM Intrusions. You can even change the distribution between game sessions to help inform the play of the next session. The sky's the limit, and the options are yours to use or not.
Posted by Marc Plourde at 12:30 PM