The sheaf of papers hit the table and slid, spilling its contents into a fan of color photos and technical readouts. "Gentlemen, and lady," Eichorst began, "we have a mystery on our hands." The half dozen analysts sitting around the table had not waited before grabbing for portions of the contents. Some rapidly scanning items before passing them along, others squinting to make out fine detail on the surveillance photos.

"Installation seven? I thought that there were only supposed to be six of these," Travers said peering past his sharp beak of a nose at a photo.

"That's the mystery. Consolidated Extrasolar Mining was contracted on their bid for six atmospheric transformation stations. Planet Q38MM is halfway through its planned eighty year terraforming cycle. One of our deep survey vessels was caught in a burst from an unmapped quasar, it's was able to limp to Q38 with the hope of making use of the long range comms array on one of the stations. Their records only indicated for six installations on Q38MM but their lander shuttle detected an unknown seventh. These are the logs they were able to send back.

"The crew isn't military, their ship is equipped for stealth and long range sensors so they were ordered to affect what repairs they could without making contact with installation seven and then fall back to the edge of the system and await a cruiser. We dispatched the terra-class Undeterrable to the system, and we expect them to arrive later this week.

"In the meantime you all need to pour over this data and tell me what it is we have here. What is CEM doing at installation seven?"
Posted by Marc Plourde at 12:30 PM No comments:


Welcome back intrepid temporal agents! Last week, I kicked this whole shebang off with a breakdown of the structure of time and the modes of time travel. So far that column has a modest number of views (around 60) and since I didn't receive any scathing feedback on stuff I missed or got wrong I am chalking that up to 1) the modest number of views and 2) that I hopefully didn't miss or mess up anything.

Including time travel into your RPGs isn't easy, and knowing the structure of time and defining some rules by which time travel works is going to help, but it doesn't really deal with the lion's share of the difficult bits. No, the hard part of dealing with time travel is dealing with change and the impact of change...

Enable Editing to Save

Now that you've decided which way(s) you can move through time you have to decide what kinds of changes you can make. This is also pretty straightforward; as I see it there are three major options here:

The first option is pretty boring. What's the value of a time travel story if you can't change things? Worse still, if you literally can't no matter how much you try? The third option is, in my opinion, a bit of a cop-out. Multiverse stories can be fun, but if the players keep trying to change things and are just spinning off new custom timelines while the old remains behind it can lead to a degree of lost agency and a sense that their actions don't actually have an impact on a grand scale.  I'm not a fan ...

Luckily there is a happy medium, not only can time be mutable, but you can dial up and down the ease at which time itself changes. If time is truly unstable, then just going back in time and breathing could be disastrous as you may release a germ that doesn't exist in that time and whose presence could touch any number of people and creatures. This is the classic chaos theory approach where stepping on a bug in the cenozoic somehow results in Dino-hominids instead of primates.

Standard change is a pretty wide band. Your actions have consequences, but it is possible to be careful and leave minimal or no damage to the timeline. Conversely it becomes very much possible to go back and effect specific changes as well. Assassinate Hitler and end WW2 early if you like, but the downstream changes are not easy to predict and things may not go the way you wanted. On the other hand you can make transparent changes like swapping people who would perish with replicas and bringing them back with you. The timeline continues assuming the replica to be the person of note while the person gets to live a continued life wherever you leave them. The film Millennium had the protagonist stealing people from the past before their planes crashed and sending them to the future to try and rebuilt humanity. The past never knew the difference.

Lastly you have difficult changes, or resistant changes; timelines where you can effect alterations in the small scale, but the timeline itself will try to course correct to retain its larger pre-defined shape. Kill Hitler and his replacement is just as bad. Eliminate Thomas Edison and Tesla invents the lightbulb instead. This mode assumes that time has one or more "backup plans" that can keep events on their "natural" course. The fun then becomes finding a way to deal with the redundancies, or to ensure that the redundancies are able to activate before the villain can get to them too.

So here's the real pickle. You travel back in time because you learned about Hitler and how much of a jerk he was. You get to the late 1920's before the bastard has done too much damage. You do your research, you pick your moment, and you change history. Let's assume that whatever it is you do you succeed and time takes a new shape from that point forward...

If you mess with time you run a decent chance of royally making a mess. If you make a bad enough mess you end up with a paradox because something simply cannot resolve. You can't go back and kill your dad before your conception because then you aren't alive to go back and kill your dad. Paradox is what happens when you broke something. Depending on the mutability of time you can end up with a few different options for paradox:
How paradox interacts with the timeline is also up for determination. Whether time acts to repair the problem, punish the offender, or by simply ironing out the details to prevent any further disruptions (mitigation), deciding how paradoxes will work in your game is important to establish as it will impact the character's actions, and the repercussions thereof.

But what of paradox itself? 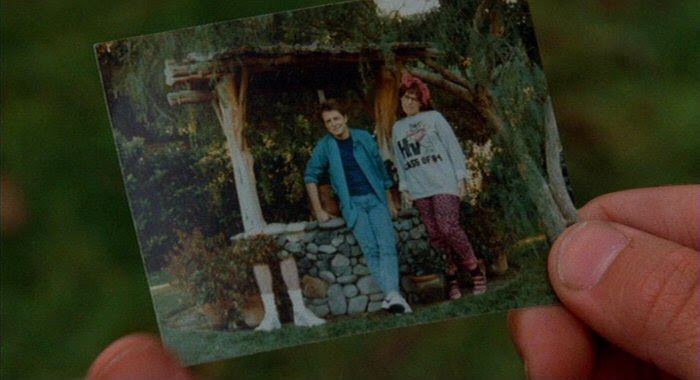 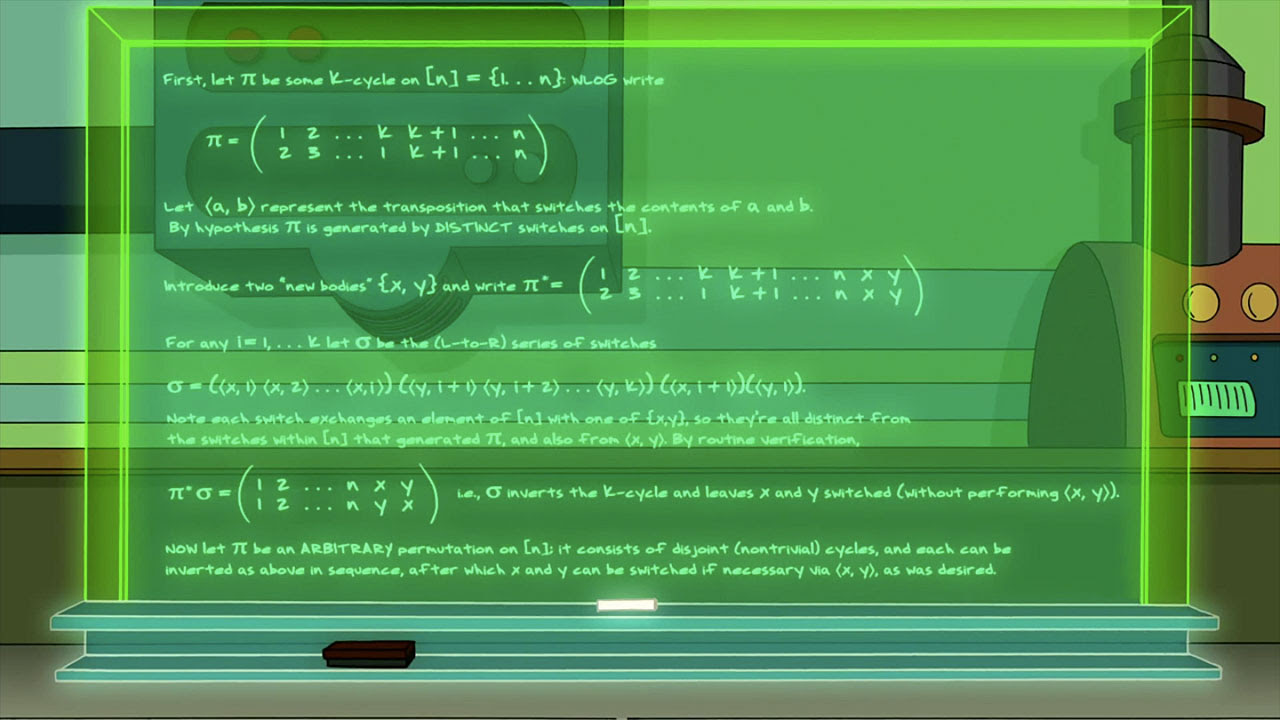 The Terminator is actually a combination of a bootstrap and a predestination paradox. In the first movie, the terminator exists because it's CPU chip is used to create Skynet. Skynet then creates the terminator and sends it back in time where it is destroyed and its chip is used to create Skynet: Bootstrapped. Meanwhile Kyle Reese is locked in a predestination paradox. He's sent back in time to protect Sarah Conner, whom he falls in love with and impregnates. Their son, John, then becomes the leader of the resistance and is the one to send Kyle back in time. Kyle himself has an independent origin, he'd be born no matter if John existed or not, but John couldn't exist without sending his father back, and his father only went back because John sent him there.

Granted this assumes that the later films don't exist, since they all just make a mess of the timeline even further.  Terminator 2 breaks the bootstrap loop of Skynet and the terminator (while preventing Kyle & John's predestination from being possible despite the fact that is must exist). Arguably Terminator 3 did solve the problem, by removing the bootstrap loop entirely and freeing Skynet from being its own predecessor. As for Salvation and the forthcoming Genisys ... whatever it's still a mess.

How exactly does paradox resolve itself? How does time repair these wounds? There are likely more ways than I could cover here, and no way I can cover everything but here are some common ones ... 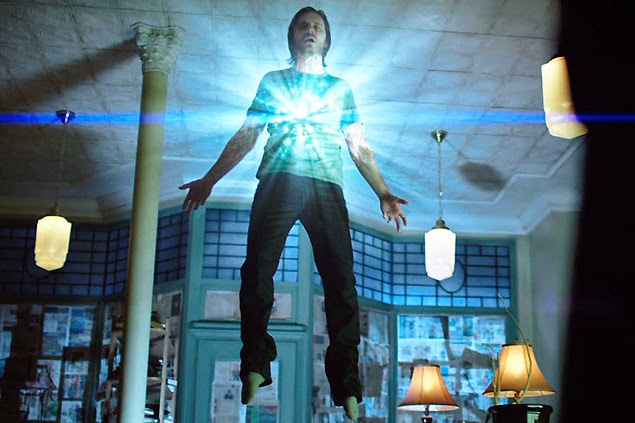 That about covers this week. I'm topping 2000 words here and I feel like I probably only grazed the tip of the topic of using time travel to change events and the paradox and other changes that can result. Hopefully though the effort was as worth it to you my readers as it is to me.

As is always the case I am more than willing to hear your thoughts on the matter. Did I miss something? Have I made a mistake? Please let me know. Meantime, for the next article in this series I will be planning to discuss changes to the timeline, and the damage that such actions can potentially cause.
Posted by Marc Plourde at 12:30 PM No comments:


God it's cold, I thought. I trudged head down, through the blowing wind, my boots crunching through the snow and ice. I heard my footfalls through my bones, the howling wind tearing the noise away otherwise. Feeling the relentless numbing of the cold, I checked on my micro VEP once more; the readout was reading single digit power generation, which is probably by I was starting to lose feeling in my toes and fingers.

I checked range to the structure ahead once again, the weather making it difficult to gage by eye. Another half klick away. I hoped that I could get inside and out of the storm before the vacuum energy pump in my suit failed entirely. With a little luck I might even be able to affect some repairs on the device.

I bashed my helmet with my gloved fist a few times, knocking ice off and trying to reengage the HUD. I got a momentary projection, enough to see that radio was still picking up nothing, before it crapped out again. This weather was too severe, too cold, and even my grade six survival gear was not faring well against it. My local nano-net was reporting some worrying data to my optical interface, data that told me that if I didn't find shelter soon I wouldn't need to worry about signaling the rescue shuttle.

I pushed on, ignoring the growing numbness in my hands and feet, the tiredness, and the warnings from the med-nanos.

An hour later I was struggling to stay upright. My med-nanos were painting a rather grim picture of my survival chances and my suit was growing cold and heavy now that the VEP had failed entirely. I shouldered into the door of the structure, an old refinery or mining installation by the looks of it, trying to force it free of the frost encrusted frame. My attempts were weak, and the door barely even shook.

I knew I had minutes left before my core temp plunged too far to be able to save myself. The door wasn't going to open, and I didn't have explosives to force the issue. I shook my head and fell against the door, sliding down into a heap. My hands, numb and clumsy, fumbled with the emergency beacon. I managed set it off and wrapped my hands around it as best I could. I could see the cold now, a blackness at the edges of my vision as hypothermia gripped me. I set my med-nanos to do what they could with the cold, maybe they could protect my brain long enough for the rescue to find me.

Friday
Story Seed - The Perils of Elective Medicine
Posted by Marc Plourde at 12:30 PM No comments: