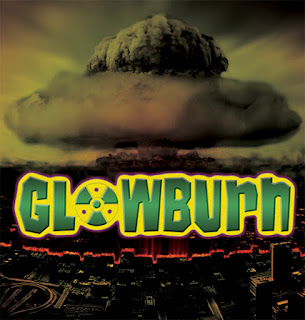 Last Wednesday I ran the another session of my monthly(ish) MCC game.

Elmer Fudd Would be Proud

I hand waved some character change outs by explaining that some of the PCs were really tuckered out by the combat that ended last session and others had arrived from their camp/village late. With 3 hour game sessions (at best) expediency is key. This brought Forrest's Piertramp back into the fold and introduced a quartet of new zeroes helmed by Will.

The tibbar chief had fled into the main structure of the ruins, a large, partially intact building that had a pair of functioning doors. Piertrap looked around and noticed that a corner of the structure was collapsing however and went to investigate. Peering through the rubble they could see inside a small ruined room clear of debris and spread with pallets for sleeping. Piertramp lucked out and back away as a nest of giant hornets higher up in the ruined walls decided to defend their turf. Ringo stepped forward and much to everybody's surprise he spoke with the hornets and convinced them that they weren't any trouble!

Figuring that the tibbar would be expecting a frontal assault the group decided to remove the rubble and come in through the broken corner of the room. Sinclair used his massive war-hammer (now festooned with tibbar ears) and easily smashed the rubble inward until there was a traversible path. The group piled into the room, weapons ready, expecting the tibbar to come in through the door opposite their entry. Instead, nothing.

Moving to the door the trio of Sinclair, Piertramp, and Thorn flung the door open to a ruined hall, and nothing more. Clearly their quarry were further in the ruins already. They explored the immediate area briefly before determining that the closed room next door must contain the remaining tibbar.

Once more the trio of Sinclair, Piertramp, and Thorn flanked the door on either side with thorn in the middle. Piertramp flung the door open revealing the last few tibbar; the cheif, two other warriors, a shaman, and a number of females and children. Thorn spared no time and shot an arrow into the shaman who was standing between the door and the chief. The old tibbar went to one knee but he was not out of the fight. Reacting instinctively he reached out to drain the life from his enemies and restore his own, a natural 20 resulted in draining nearly a dozen hit points from the three explorers.

Enraged by the attacks the tibbar launched into combat and the fighting got intense quickly. Bo tried to sneak a peek at the door but slipped on some gravel and slid into the doorway where he became a target for the enraged rabbit-folk. On his next turn Bo attempted to use his Devolution mutation on the tibbar shaman, with 6 points of glowburn added to the attack. A natural 1 was the exact opposite roll he wanted to see, and I was forced to request a luck check. Success and only 1 point of the glowburn would be permanently lost, failure and all of it would be. The resulting 18 was not welcomed by the poor manimal.

Thorn became target for the ranged attacks of the and was dropped to zero by a combination of life drain, arrows, and explosive cadmium bullets. Agutter was quick to rush to Thorn's aid, but the use of a medipack proved too much for the plantient, restoring 9 more HP than needed Thorn had a 45% chance of having a mutation "healed." I grabbed my dice and rolled a 44! With no other mutations the revived Thorn was left in a vegetative state (I wish I'd had that pun on deck during play!).

Bo and Sinclair both went down during the remaining fight, and Agutter was forced to risk the medipack again with Craig rooting for more devolution to join him. Ultimately it was not to be and the seekers pressed with attack until first the shaman, then the chief and finally the last of the warriors were slain. With barely a second thought the group massacred the females and children and exterminated the tibbar entirely. Wow, that got dark. Good place to break for the evening...

In Memoriam:
In a Pot:
Posted by Marc Plourde at 12:30 PM No comments: