Lortia heard the great beat of wings at the same time that the shadow of the great beast blotted out the sun. Fear gripped her heart like a vice; fear of immolation, of rending claws, and bone crushing teeth. The basket slipped, forgotten in the sudden chaos, from her fingers. It landed in the dirt spilling red berries onto the dirt like a prophecy of the carnage to come.

Lortia looked for the nearest cover, her eyes darting to and fro in panic. All around her, people were grabbing children and running for the few stone homes and buildings in the village, all of them praying that the dragon would find some other victim to make its meal of. Lortia fear finally ceased to freeze her muscles, and instead propelled her to a run, her loose trousers swishing as she sprinted toward the temple.

With an impact that shook the earth the dragon landed on the muddy ground, smashing the miller beneath one massive foot. The creature's sides worked in and out like bellows, stoking the fires within its breast. With a flick of a clawed wing it scythed through the weaver and her family, leaving body parts and blood tumbling behind. The long whip-like tail lashed out, smashing the tanner's shed like kindling. The dragon's eyes never looked away though, never left the prey it truly sought.

Great scarlet orbs, the dragon's eyes, bored into Lortia's very soul, stopping her in her tracks. The creature began to draw a deep rattling breath when a small boy stumbled out from between the forgeworks and the inn;  Lortia's younger brother. The dragon's head swung to the side, that deep rattling breath drawing wetly inward, puffing it's chest, and gathering the inferno within. Its head snapped forward, and roiling flames belched from its jaws.

Lortia moved without thinking, interposing herself between the fires and her brother. The village girl flung up her arm, feeling a scintillating power flow from deep within, followed by shock as her flesh did not burst into flame and melt from her bones. She opened her eyes, and saw a curved mass of liquid fire just inches from her hand, held back by a dome silvery mist. Behind her, little three year old Tunny started to cry. Lortia, acting on instinct instead of thought, embraced the new power within her. She felt something fill her other hand, forming from the same source as the shield she bore. Glancing down she found a sword, made of the same silvery light of soul stuff, grasped in her hand.

As the dragon's breath ceased, and the fire fell from her protection, Lortia looked up, deep into the dragon's eyes, and saw its malice become confusion and then fear. The young girl drew courage from its fear, from her brother's crying and her need to protect him. Courage became determination, and through that she knew what she must do. Her shield in one hand, her sword in the other, Lortia the first dragon slayer attacked.
Posted by Marc Plourde at 12:30 PM No comments: 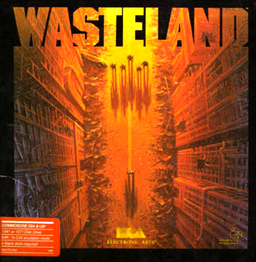 Next time you decide to run a post-apocalyptic setting will these factors get you thinking? Will you put more time into thinking about the circumstances that brought about your setting? If so, how?
Posted by Marc Plourde at 12:30 PM No comments:

The truth is that Ruk, while certainly novel, is not unique. Ruk is but one such world. Other races, other peoples have found the strange and then found too late that they had also found their doom. Among those other races a scant few have been able to seed a recursion and grow it to a size and capability to detach from their prime world and escape.

According to some on Ruk, there is one such world deep in the strange, beyond Earth's shoals. A lonesome sphere that is adrift in the ebbs and whorls of the Malachite Expanse. They say that it is without power or propulsion, though none can say for none have found means to enter. According to these rumors and legends its surface is encrusted with crystallized fundament, and pockmarked with the ruins of long destroyed recursions.

Those that speak of it claim that it is a treasure hunter's paradise where cyphers are plenty and strange artifacts are almost commonplace. Yet, when pressed, no captain of a chaos skiff will admit to knowing its location, and none will hire on for an expedition to find it. With effort, and offers of substances both legal and illicit, one might soon learn that none who have sought this rogue planet have returned.

Some believe that it is mere myth and those who search for it are doomed to the madness of alienation and death. Others say that it is folly to believe that such a world, if it did exist, would remain unclaimed and uninhabited. They say that those who find it are not able to leave because those who have claimed that recursion refuse to allow the truth of it to spread.

And then there are the darker rumors. Rumors that deep in that emerald cloud there is something neither craft nor recursion nor planetovore. Something older and more powerful than any of those. And  that something does not wish to be found.
Posted by Marc Plourde at 12:30 PM No comments:

Monday
Story Seed - Edge of Reality - What lies beyond the end of the world?

Tuesday
Nuts & Bolts - GMs Roundtable - A look at how my 25 (ish) years of gaming has changed over time.

Thursday
Throwback Thursday - 'Splosions!! - Part 3 of the end of the world.