When we left off for my last session the characters had had an eventful Festival of the Fallen Gods and then witnessed a falling star. They decided to investigate and the last parts of the session had a character putting their hand into the strange semi-spherical storm that shrouded the fallen star.

Inside the storm the crater formed by the fallen object is a bowl of churned and scorched earth littered with broken pieces of whatever it was that fell from the sky. The players can scavenge here and find cyphers readily with a 1 on a d10 chance to find a divine cypher (see my prior post here). I intend to allow the PCs to easily replenish their supply of cyphers and a few extra to help drive the action and even some of the long odds in the session.

Descending into the crater requires some tricky climbing. The descent comes in three portions with different challenges:
The fallen star is actually an object, a vaguely oblong shape that juts upward from the broken earth and glows with symbols that hold no meaning to even the most studious of scholars (level 10 to translate). Making it impossible for the PCs at this time. The largest of these symbols of a spiral and any of the PCs touching it will disappear! The easiest way to facilitate this is to use a GM Intrusion on the first PC to investigate the object and have them touch the symbol and vanish. This will hopefully prompt the other PCs to "follow"

Vanished characters are now inside the object which is actually a fragment of a prior heaven, one of the counterparts to Elanehtar that was destroyed during a prior fall. The characters find themselves in a fracture astral space where divine energy churns and decays. They are on a broken island of stone and crystal that floats amid the decaying remains.

The following GM Intrusion is suitable at any point during the following journey to escape this decaying realm.
The first island is nondescript and obviously a broken part of something far grander.
The 2nd island is much as the first but the broken remains of a statue and altar stand at the island's center. The figure is clearly a god, but just as clearly they are unknown to the characters.
The 3rd island contains a pool of molten liquid that wells up from the land and spills off the side, falling into the roiling and decaying aether below.
Once the pool is empty the heaven will begin to collapse as the last character is transported to the last island. On the fourth island there is a broken archway. It is mostly complete but as the aether realm decays so too does the archway. And as the last of the characters reaches the island the rate of the realm's decay begins to accelerate worryingly.
At this point the character's probably shouldn't realize just what has happened but they may suspect. Their divine nature has been awakened but the experiences within the shard of a prior heaven should be more confusing than they were illuminating.

Back in the world the fallen object decays into divine energy leaving nothing of itself behind but a single divine cypher. The divinity storm dissipates and the characters see that it is morning and there are other scavengers and explorers who have come to the area during the time they were gone.
Posted by Marc Plourde at 12:30 PM No comments: 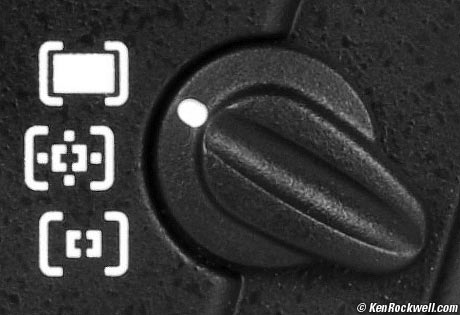 Many thanks to +Ryan Chaddock for inspiring this column (kinda), as I found myself without an idea on a low energy week.

Horror mode is a thing. It's a cool way to mechanically build dread and horror in such a game. And it's in the book (by which I mean the CSR), which means that I don't really need to write about it as somebody already did.

Games have genres. Numenera is ... OK, Numenera is hard to pin down. Is it science fiction? Is it fantasy? Is it a medieval post apocalyptic game? Sorry, got distracted. The Strange is, on the surface, a science fiction game, but it also enables play in just about any genre depending on the recursion of the day. Gods of the Fall is a high fantasy game. Games have genres, but rules do not. The Cypher System Rulebook supports play in most any genre. Some may need a little extra effort, but hey, applying effort is what the Cypher System was designed for!

So if Horror is a genre, and it has Horror Mode as an additional rule, is there a possibility to interpolate the design philosophy to other genres? Yes. Yes, there is. Let's start by looking at what Horror Mode does, and then apply that to other genres.

Horror Mode helps to reinforce the genre by pushing the tone using GM Intrusions. That's it. How it does so, i.e. the mechanics, is how it does what it does, but what it does is help build a sense of dread, foreboding, and horror by pushing the tone. In the Horror genre dread, foreboding, and horror are your bread and butter. They ensure that the game feels the way it should and are a fundamental part of making the genre what it is. So what about other genres? How can you use the Horror Mode mechanics to push the tone of other genres?

The first thing to keep in mind is that GM Intrusions aren't merely an excuse for the GM to make life miserable for the players. According to the CSR (pg. 372), "GM intrusion is the main mechanic that the GM uses to inject drama and additional excitement into the game." Drama and excitement. Not pain and suffering. Not increased difficulty and added frustration. Drama. And. Excitement.

Now some games will gain excitement or drama from pain, or difficulty, and/or any number of other things. So yes, if you are playing a World War II game a GMI that gives a character a wound adds excitement and/or drama. In a game of teen romance you will probably want to use a different tactic; a character putting their proverbial foot in their mouth when talking to their crush for instance. A game of cyberpunk may want to use GMIs that push the tone by emphasizing the disconnect between man and machine, or perhaps the horrifying implications of the blurred lines between man and technology when true A.I. seek to gain "human rights."


There are other genres and many have multiple tones that you can push. It's entirely possible to play a fantasy game with horror elements and use horror mode to push that tone. Likewise you could play with a mix of romance, teen, and comedy using the mode rules to push any or all of the tones associated with those genres.

How else could you use the mechanics behind Horror Mode in non-horror games?
Posted by Marc Plourde at 12:30 PM No comments:


"Well this doesn't look good," Kendak murmured as they approached the cave.

Kendak gestured violently to the cave entrance, "Maybe because it looks like a human skull!"

"Thank you, your concern is touching."

The pair cautiously approached. Water was pouring from one eye and into the jutting jaw of the cave's skull-like opening before flowing outward. This was the source of the river Decaas it seemed, or at least it's point of emergence from the mountains. The river's waters had been making downstream villages sick and so Kendak and Ssaa'm had set out to find the source of the contaminant.

Ssaa'm dipped a rod into the river, the clear gem at its other end began to glow a sickly green. "Ssstill the water isss fouled."

"Great, I guess we have to keep going." Kendak stepped into the cool waters and sloshed up to the tooth maw of the cave. Stepping over the jutting lower teeth he summoned a sprite of starlight to light the way. "Into darkness we go."
Posted by Marc Plourde at 12:30 PM No comments:

Monday
Story Seed - Amid the Ruinscape

Friday
Gods of the Fall - A Nod to Dreams
Posted by Marc Plourde at 12:30 PM No comments: