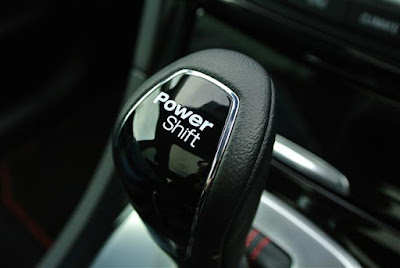 Unmasked was released recently. I wrote about it last week (here), and mentioned that regarding the Cypher System's Power Shift mechanic there was "more that enough for a whole different article about that specifically." Well, welcome to this week and another article about power shifts! I have written about the topic a few times previously.

Unmasked's chapter on Shifts actually resonates with that second article, and I think there's a lot to unpack and a lot to learn, not just for Unmasked, not just for using Cypher System for Supers, but for any use of Shifts in a Cypher game, including those in Gods of the Fall.

Chapter 8 isn't a long one, which makes it all the more powerful. It's the mechanical and narrative equivalent of Bruce Banner. It looks unassuming but it contains a powerful force. Heck I guess that fits with the whole theme of Unmasked. By page count the chapter looks like a Teen, but the content reveals that it's more of a Prodigy, and mask-form capable of wielding tremendous power that seems to defy logic. Perhaps I'm hyperbolizing a bit, but you'll have to be the judge of that for you. Me, I think there's some amazing stuff in these three, yes 3, pages!

Firstly, Unmasked basically rips the training wheels off. Instead of just pointing back to the Shift categories in the CSR (page 270) it offers the following.


Players should feel free to be creative with the three power shifts they can place on abilities in their new mask-form. There is no definitive list, because power shifts can be used on nearly anything. GMs should work with their players to establish what does and does not make sense for a power shift. (Unmasked, page 62)

That's HUGE. Instead of limiting players and GMs to the list in the book (insomuch as they are actually limited, MCG isn't going to HALO drop into your dining room to force you to follow the rules strictly) they are explicitly opening Shifts up to 11. This game goes full throttle in a way even Gods of the Fall didn't. However, you can't just tell players and GMs to make stuff up without giving some guidelines (at least not without people then asking you for guidelines). And guide it does. With three simple suggestions it gives people all the tools they need, it's now in the hands of the players and GMs to use them.

Power Shifts are suggested to be "Clear," "Restricted in scope," and "Indicative of the PC they are attached to." And with those three simple suggestions, and some prose to explain the intent, Power Shifts go from a pick and play assortment of prefabricated cookie cutter boosts to something that can be incredibly versatile and, best of all, flavorful and thematic. A whipping sixteen examples, a mix of the CSR shifts and entirely new ones, are then presented and further drive home just how much you can do when given the right tools.

I think this will be incredibly useful for Gods of the Fall where sometimes shifts were really difficult to fit for Gods with more esoteric Dominions. A God of Shadows for instance could have a shift called "At Home in Shadows" that would give a boost to any action where the God was hiding in shadows, attacking from shadows, or the like. A God of Chance could take a shift in "The Odds are With Me" and gain a shift on games of chance/gambling, and all re-rolls from spending XP as another example.

Lastly in a sidebar this chapter tosses out an interesting new optional rule: Pushing It. This reminds me of similar mechanics from other supers games like Power Stunts and Extra Effort from Mutant & Masterminds, or the effects of Hero Point or the like in any number of other games such as Savage Worlds.

The idea is that during a dire situation the player can spend some XP to have the hero temporarily move shifts from one area to another to affect the outcome of a roll. A mastermine character with shifts in "Smart as Sin," which usually affects their Intelligence and knowledge skills, to a one round bonus to Speed defense to avoid being hit by a bus thrown at them by a villain. It's a nice way to help balance the huge disparity in power that can come from shifts and I think it also fits the superheroic genre quite well. It'll also fit nicely into Gods of the Fall, because it's hard to think that a God can't occasionally do a little extra something something when needed.

All in all I think that despite being rather a short chapter the value of the advice here is going to come back tenfold or more. The Cypher System has always been open and welcoming to player and GM innovation but never has that mindset been so fiercely and advocated for and embraced. Taking these steps to a more toolkit oriented ruleset is something I encourage every GM to try. I think it'll help you and your players to engage more with both the settings and characters.
Posted by Marc Plourde at 12:30 PM No comments: