Nuts & Bolts #129 - Hacking the Cypher System - A Visit to Freeport

Note: Because I'm taking August to do #RPGaDay and this is fairly fresh, I decided not delay it to September. Hopefully nobody gets too angry at the lack of Predation/Gods of the Fall stuff. 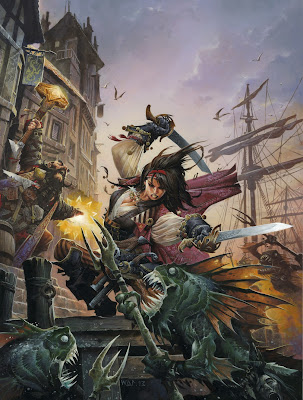 Over the past few weeks I had the opportunity to step into the GM seat for my current Monday night group. Being that it was going to be a finite thing and how busy my day to day is at the moment I decided to run Death in Freeport. Freeport is a drop in city setting and, one of my favorite RPG settings. Death in Freeport is an adventure I've run before as well so I could spend my effort adapting it to Cypher rather than learning the adventure. As a D&D 3e adventure this also offers an opportunity for me to see what it takes to adapt adventures from d20 System to Cypher. Here are some of my lessons learned in doing so.

Difficulties
The d20 system uses Difficulty classes that span from 0 to 40, usually in increments of 5. This is pretty similar to Cypher's 0 to 30 in 3 point increments. Unortunately this also means that I cannot simply use the existing DCs and divide by 3, as the result would scale more difficult than intended. Likewise I cannot set level by dividing the DC by 5 as this the d20 scale has fewer increments. Instead I would need to come up with a rule of thumb that would cover most situations, but still give me some wiggle room.

Initially I used a of DC 10 as level 1. From there I can add levels equal to 1/3 the difference.


This will occasionally leave some remainder and you can decide if you want to round those up or not. Per the formula for instance a DC 15 is a level 2 or 3 depending how you want things to feel. With more time however this didn't quite feel right, and also required a little more mental math (albeit simple) than I wanted to do on the fly at the table.

With some thought on the issue I settled on a simple solution of dividing the DC by 4. In this way the d20 system's 40 point difficulty range could be be adapted from 8 increments of 5 to 10 increments of 4. Remainders will be had, and as before you can round up or down, I tend to round up if the remainder is a 3 and down on a 1 or 2. So a DC of 15 becomes a level 4 (15/4 = 3 remainder 3 = round up to 4). Erring a little more difficult in Cypher is less damaging because the character's often have multiple means to reduce difficulty including training, assets and cyphers.

Challenge Ratings and Enemy Levels
Challenge rating was where I really stumbled. My early attempts at using CR to determine the level of the enemy led to some easy encounters. The character level scales between d20 and Cypher are just too vastly different for this to end up being an easy one size fits all solution. In the end I had to rely mostly on gut estimates of how difficult the encounter needed to be, or how difficult I wanted to make it.

At a rough estimate the level of the enemies for Cypher should be around 2-3 times the CR. Alternately one can use the health of the enemy to gauge it's level. In encounters with numerous weak enemies you can either use mob rules as normal to make a number of lower level enemies a higher grade of challenge.

Initial Costs as Combat Bypasses
During play there were two "speed bump" encounters. The first was a bunch of serpentmen and I ran it normally with the serpentmen as level 3 creatures with level 4 for attack and defense. The second was a bunch of level 2 skeletons. There were 8 skeletons in the room, most of whom had fewer than 5 HP in the adventure. I quickly realized that this was not going to be a challenging encounter on its own. I didn't want to use the mob rules as this wasn't story-centric, but I didn't want to run the encounter in full either.

In the end I settled on making up a new rule. Using the idea of Initial Costs from the Cypher System I proposed to my players that they could pay to narrate their way past the encounter. I gave them an initial cost, in this case 2 points from a pool of their choice, to allow them to just defeat the skeletons without further rolling. The cost in points was equal to the level of the creatures and helped to show that although they quickly moved past the encounter the character's did have to fight it out and get "tired" by the effort. This worked out well enough that I will likely use it in the future as a way to drain character resources without draining player table time. This is especially useful for "side encounters" that do not further plot but do make sense in the game world.

Closing Thoughts
Running a d20 adventure for Cypher really didn't require much work, and opens up a vast catalog of great stories for the GM on the go who may not have time to develop their own adventures. The effort investment to adapt is light, and much can be done on the fly in the way that Cypher is especially well suited for. I'm already planning to follow up with Terror in Freeport with the same group when next there's a break in the normal Numenera campaign, and I'm hoping that I can finish the Freeport Trilogy with Madness in Freeport as well.
Posted by Marc Plourde at 12:30 PM No comments: 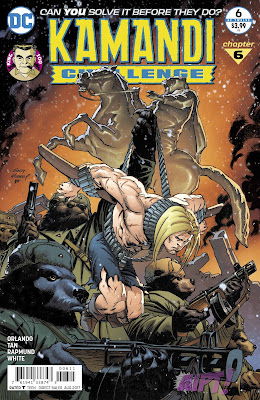 Rating: 80% - The resolution of the cliffhanger was great but the "A" story was only OK.
Posted by Marc Plourde at 12:30 PM No comments: 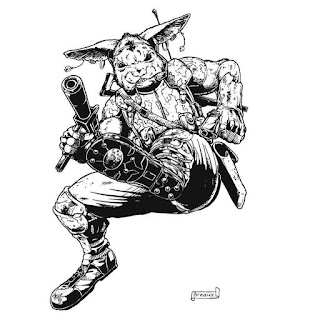