Since I am on vacation for the holidays I am going "off script" and not following my normal update schedule. Instead I am going to be presenting some holiday themed goodies. I also did this last year with a Gingerbread Dragon and Gingerbread Ninjas.

Today we start with one for Numenera. Octoclaus the Santapus is a member of the intelligent octopus races of the deep oceans. Sustained by relics of a prior world Octoclaus is immeasurably old, and possesses great powers. Among those technologies is a Temporal Prism that allows Octoclaus to exist across time and space. Nobody knows why, but Octoclaus uses the temporal prism to give gifts to noble ninth world citizens all at the same time.

Motive: reward the good people of the ninth world

Movement: immediate on land, short in water, or teleport almost any distance by using the temporal prism

Combat: Octoclaus prefers to avoid combat and will retreat given the first opportunity. If need be he will use the temporal prism to flee in time and/or space. Octoclaus will take part in combat activities only if an innocent and good person is in trouble and needs his help, but he will prefer to save the person using the prism first, and stay in combat to fight second.

Interaction: Octoclaus prefers to reward people anonymously when possible, but will gladly converse with heroic characters.

Uses: Octoclaus may show up to reward a heroic PC or PCs, or the characters may learn of his legend and set a trap for this time traveling creature.

GM Intrusion: Octoclaus arrives to help heroic characters in a battle that is going poorly for them.

Loot: Octoclaus always has 1d6 cyphers on him at any time to give to people who make the ninth world a better place. Octoclaus also wears a strange red and white hat that has unknown properties.

This artifact is a large faceted crystal that shows a different image on each face. It is a level 10 artifact that allows the user to travel up to a year forward or backward in time and anywhere on the planet. Depletion 1 in d6.
Posted by Marc Plourde at 12:30 PM No comments:

Yeah. War "never changes" but the combatants do. So let's take a look at the things trying to eat your face. Since the Cypher System is so easy to "roll up" NPCs and creatures for I can it the high points and move onward without needing to dive deep for each line item. If a stat isn't given, it is calculated normally based on the Cypher System rules. All entries here are for a "normal" member of the species. In many cases there are tougher versions that look very similar which can be made easily by increasing the level and corresponding attributes.

Oh, and if you missed last week you can find it here.

Deathclaws are basically your standard genetic chimera mutated through elevated background radiation levels. Nothing special really. Oh, and they are the most badass killer in the wasteland. Basically just always, always, avoid these guys.

What is there to say about Radroaches? They are everywhere, and while they are seldom a threat individually the certainly can prove a danger in groups. Radroaches are most dangerous for the radioactivity in their bite attacks that can weaken and eventually overwhelm even the most hardy of wastelanders. 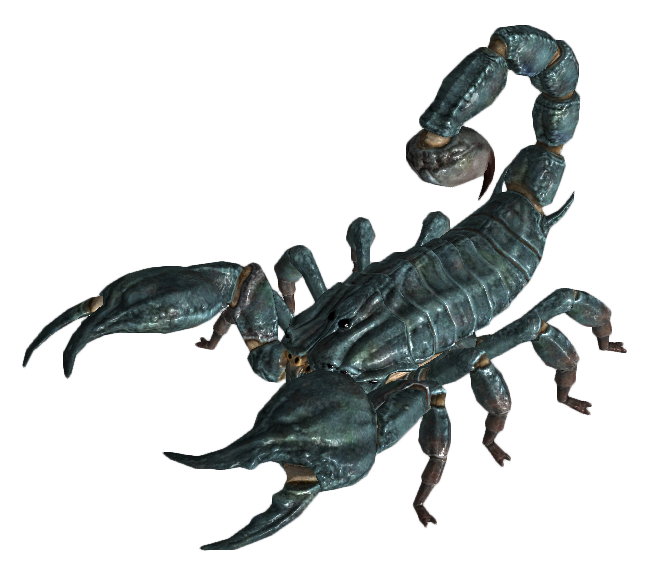 What do you get when you take an annoyance like radroaches and give them the ability to burrow and ambush? You get mole rats, which are really annoying. Thankfully they also taste great! Probably.

Supermutants are the result of the Forced Evolutionary Virus (or FEV for short) on humans. They are big, strong, tough, and often times dumb. They are also dangerous as heck. Probably second only to Deathclaws on an average basis. These are a good mid to late game menace as they scale well with individuals varying from "standard" to "brutes," "masters," and eventually "behemoths" that are progressively larger and more dangerous.

Feral Ghouls are the result of ghoul degeneration as a result of excessive post-ghoulification radiation exposure. The continued exposure to radiation slowly rots a ghouls brain until eventually they are reduced to an almost animalistic state commonly known as feral ghouls. 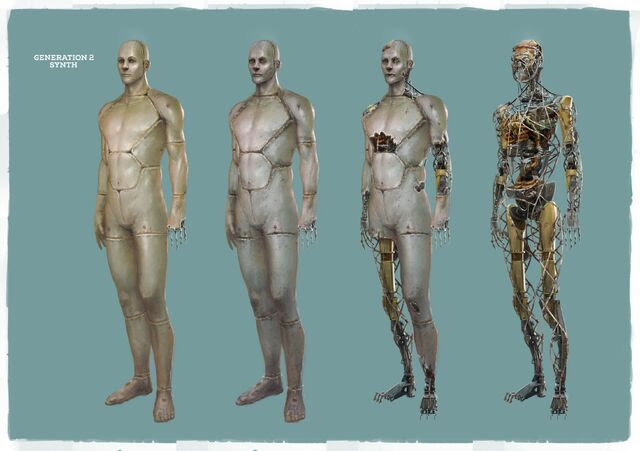 Synths are androids. The oldest are crude and look more or less robotic, while the most advanced are bio-machines that are nearly indistinguishable from human. Appearance aside they are essentially human-like opponents, capable of wielding any of a variety of weapons and wearing armor. Instead of providing stats I suggest that you use the various NPC options in Chapter 17 of the Cypher System Rulebook with a single modification. I would add a point of armor on top of any they have to reflect the more robust nature of their artificial construction. 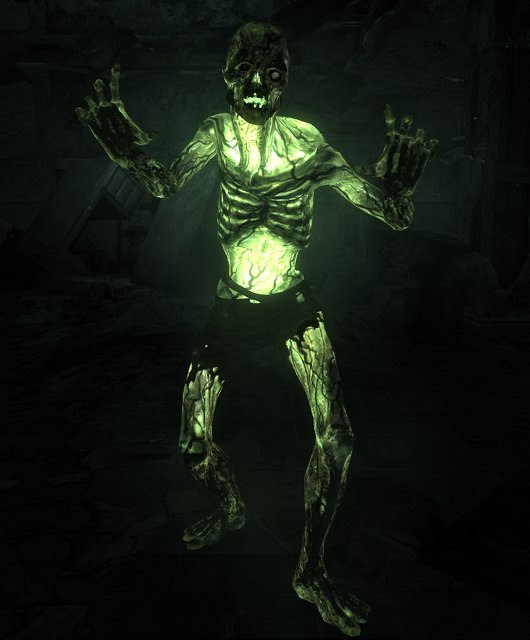 Glowing enemies come in many shapes and sizes; from the mildly alarming (at least after the first one) Glowing Radroach, to the downright pant-browning Glowing Deathclaw (seriously Fallout 4, that was not cool). Glowing enemies show up among normal members of Ghouls, Deathclaws, Mole Rats, Radroaches, Mirelurks, and possibly Radscorpions (I haven't seen one yet, but I expect it's only a matter of time). Glowing enemies add the following to their normal template:

My friend +Jeremy Land suggested a couple of other ways to deal with radiation damage. I think both are even more dangerous, but they are cool so I'm including them here. All credit goes to him on these two methods:
Next week I'm going to tackle 'bots and a few stragglers and odd-balls. In addition I can address any questions or comments that may come up to this or last week's post. 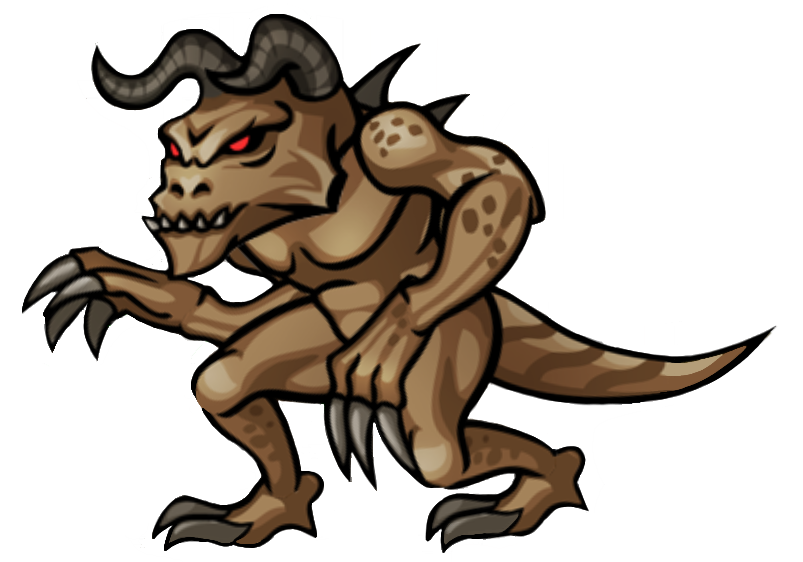 See also:
Posted by Marc Plourde at 12:30 PM No comments:


"Father, where do these stairs lead?" the young girl had asked.

"They go to the worlds beyond. You know that the world we live in is artificial; a great cylinder in space that the fore-bearers built to save us. They knew that such a world may see its population grow beyond its means, and so they provided portals to worlds beyond. When our people grow too many we send some of them away through the portals..."

The woman's heart beat in her chest, not from the strain of the climb, but from the strange anticipation. She had looked at these stairs for years, as a child and a young woman, knowing that what lay beyond them was truly outside of her world. She craned her head upward, seeking to catch a glimpse of the end of the stair as it twisted seemingly across the great O'Neill Cylinder.

She was ready for this, but at the same time there was a sadness in her mind. Her family were the keepers, they alone retained the knowledge of the operation of the portals. In recent years the population had once more jumped beyond the means of their home to sustain. She would ascend the stairs and open the gateway and allow those chosen to flee this world to pass through the portal.

She nurtured great curiosity about what lay beyond the portals. What did this unknown worlds look like? What new explorations and strange sights did they hold? She wished she could travel beyond.

At last she reached the end of the stairs. A simple arch of stone, the gateway showed nothing more than a superb view of her home. She reached out, touched the archway, and watched as a curtain fell within that simple shape; a curtain that showed the nighttime sky of some world not her own, of rolling fields of grasses and of a sky filled not with the arching land of their world, but twinkling lights and strange orbs.

It was too much. The woman made her decision before she had even realized it. She stepped forward, and passed beyond her world.
Posted by Marc Plourde at 12:30 PM No comments:

Want free dice? Course you do! Sign up for a chance to win here: Easy Roller Dice Giveaway