I've finally sated my bloodlust for Fallout 4 enough to come up for air, and I decided to celebrate by delving into Fallout ... What? It makes perfect sense!

Anyways ... Fallout is one of those video game franchises that has lasted for a good many years (nearly 20!) and managed to do so without any major missteps (though that will certainly generate an argument from somebody). While some are decrying the lack of true RPG options in Fallout 4, with the game being more shooter-y and less "I can solve this any way I like" the fact is that not only is it more Fallout, it's also Fallout set in Boston! (And seriously, there are a lot of options for talking stuff out if you have a good Charisma, but don't expect to avoid shooting stuff with a Charisma below like 6.)

I don't know if I'll have the time to get a chance to actually play a tabletop RPG set in the Fallout 'verse, but that's not going to stop me from laying the bricks... and since I can choose what bricks to lay I am building my Fallout TTRPG hack from Cypher System bricks...

Oh and since I'm feeling very much in a Fallout 4 mood this'll be geared toward the Commonwealth more so than say, the Capital wasteland, or the Mojave.

I mostly hate doing this, but sometimes you just need to add stuff to make things work. In this case Radiation needs some specific rules beyond what are built into the Cypher System Rulebook (henceforth CSR), and I want to address specific concerns over weaponry and Power Armor. Cypher System types are your archetypal role. They fill in the character's "core proficiency" where their descriptors will provide some "attitude" and their focus provides their unique "skills."
Descriptors

I said above that Descriptors are kind of like a character's "attitude." They color the way the character interacts with the world and their history. The following list covers probably 90-95% of those in the CSR as there were really only a few that didn't fit the game as I see it. I'm not going to comment on all of these, but I may note some apt connections.
In addition I'd like to do something that prior Fallout games have not: allow Ghoul player characters! 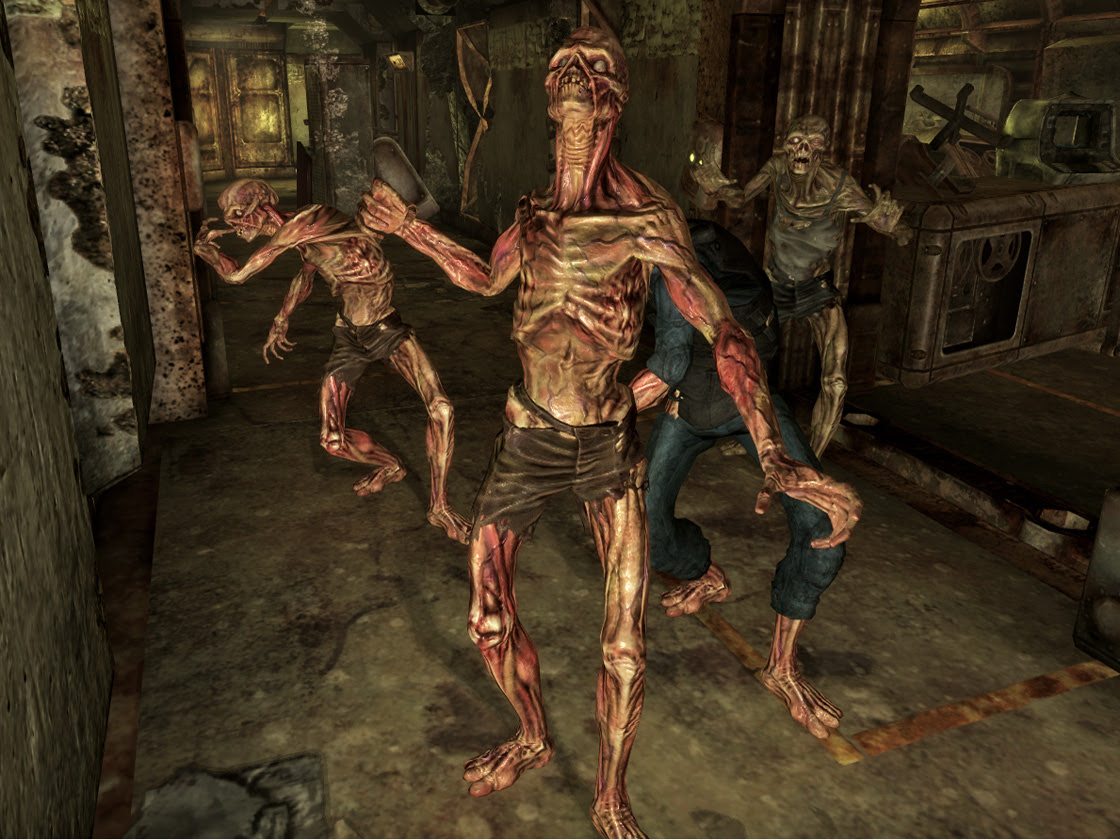 
That's it for now, and should get most cypher GMs going easily enough using the NPCs provided in Chapter 17 of the CSR as raiders, wastelanders, and the like. I plan to do a second post next week detailing some of the wastelands more infamous creatures, such as mirelurks, supermutants, deathclaws, and the like.

Meanwhile how did I do? Anything you would do different? Anything I missed that I should add? Let me know in the comments.