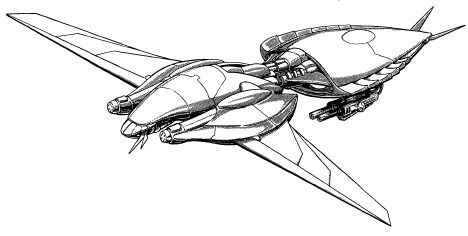 Author's Note: I've been away from regular blogging for a bit, and even before I stopped I was posting a self made module for a while. Returning to this hobby has been on my mind for bit but I finally decided to do so with a kick in the pants from a few friends and an idea to potentially generate a sort of discussion via blog with my freind Andrew Cady over at my20sidedlife.com. We're going to give this a try and see how it goes, with one of us writing something and then the other responding either with a similar idea, or a rebuttal of sorts (depending on the post content). Here's my kickoff offering, a bit of discussion around my current Cypher campaign, and alien invasion story... you can find Andrew's offering here.

Welcome to Gideon IV, a world nearly 200 light years from Earth. A fringe colony; the people of Gideon IV are self sufficient in a way that the inner colonies are not; the travel time to Earth is nearly 2 years, and so they have to be. Not all is well on Gideon IV however. An alien object entered the system mere days ago at great speed and just three days ago it reached Gideon V where it apparently wiped out the terraformers there before continuing onward. Two days ago Gideon IV had two moons, but the aliens diced the smaller moon into chunks and harvested it in mere hours before moving toward the larger moon.

This is the setting for my current Cypher System campaign, which I call "Invasion!" It was pitched as an alien invasion, which it absolutely is, but in many ways I am running it as a horror game. The PCs, normal folks trying to go about their lives, a scout, a mechanic, a tough criminal, a drug manufacturer, and a cop. They are caught in events that they cannot escape, and may not be able to avoid. the aliens possess technology that is well beyond that of the colony. Even the colonial defense is unable to put up meaningful defense of the two moons of Gideon IV.

Why am I using the Cypher System? Because, it's actually pretty good at horror without also making the player characters helpless in the process. The characters have agency and they can strike out at the aliens. They have destroyed two robotic aliens (probes or scouts? who knows) with their combined effort of arms, but they also know that the aliens can harvest moons with ease, and swat the colonial fleet like they are pests.

Invasion isn't going to be a story that will get the Hollywood treatment. The players are unlikely to form a plucky resistance that will defeat the alien menace and win the day for the colony. Instead they must figure out how best to survive, for however long that requires. With Cypher they can do that. I can put them to the test, but still let them do impressive things. WIll they survive? Will they escape? How?

Not every RPG is about being the hero. Not every RPG set-up can be won. Sometimes survival is all you can ask for, but then maybe that just redefines what "winning" means. Getting out alive can be all the reward the characters want if the likelihood is very much the opposite.
Posted by Marc Plourde at 12:30 PM