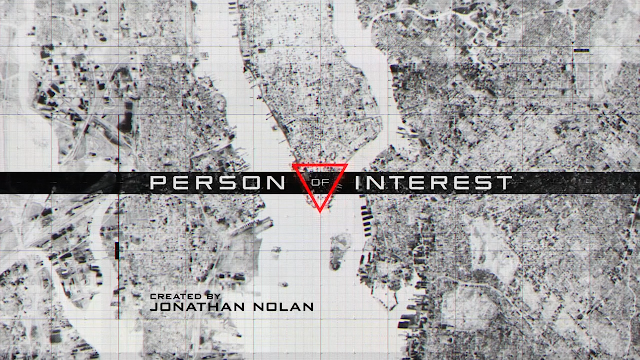 This is a trial of a new column that may become a semi-regular feature. We'll see how it goes. If you want to see more posts like this please comment, if not, do nothing and I'll take the hint.

So I stopped paying for (live) TV back in 2015. I was traveling a lot for work at the time and paying for cable when I wouldn't be around much to watch seemed silly. It proved an easy life change and I never went back. I do still pay for Netflix, and I have Amazon Prime, so when I heard that the last season of Person of Interest was on Netflix I decided to finish the series by rewatching it from the get-go.

Turns out Person of Interest (POI) is cyberpunk as hell and I hadn't noticed till now.

Oh, and by the by, there'll be spoilers within....

A note, while I think POI is cyberpunk I don't think it represents what most gamers picture as cyberpunk because it is decidedly NOT Shadowrun, Cyberpunk 2020, or Interface Zero. Granted it's not your typical trope laden cyberpunk in the way that you might expect.

It's its own thing and that's fine. Actually it's great because it makes POI different and, in a way, new.

The core premise of the show is different. It's less about big corporations and more about big brother. It's about artificial intelligence, privacy, how technology is changing the way that we live. It's also about power in many forms and almost all of the sub-stories involve power struggles.

But wait what about cyborgs and the man-machine interface themes? What about the trans-human themes involved with genetic modifications and cybernetic modifications? Well Root is technically a cyborg, though a very minor one, with her cochlear implant granting direct access to the Machine. Decima also toyed with brain interface and control once Samaritan was running and we don't know if they had any level of success.

The Machine and Samaritan also tie in some of the post-humanist themes. Finch is afraid of the Machine, especially after the machine's "reboot," and his fears come from his understanding that an intelligence as vastly beyond human as the AIs are could very easily begin to view us in the way we view pets or even insects.

POI may not be the chrome and mirror shades Cyberpunk that probably comes to mind most often when people think of the theme, but I believe that it is most certainly a cyberpunk series and in its own way it shows us that cyberpunk need not be limited to that stereotype of post-modern dystopia.
Posted by Marc Plourde at 12:30 PM