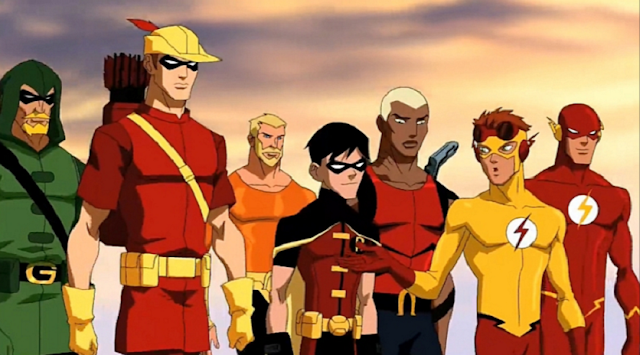 Editor's note: It's been WAY too long, but sometimes you just don't have anything to give. You can't squeeze blood from a stone. I'm going to try and be better about posting here but these are uncertain times and it's hard to think about happy fun times games when the world is burning down around you.

Superhero RPGs are an occasional fun diversion for me. I don't play regularly for various reason, and as a result I find some of the better superhero RPGs a bit cumbersome because I have to relearn the rules a bit each time. Thankfully the Cypher System is pretty capable for superheroics in most cases (some weirdness aside when it comes to the ability to fly).

One thing that Cypher doesn't do well (IMO anyways) is sidekicks and support characters. Most the time you get a low level critter, robot, or hireling who is some use at Tier 1, and decreasingly useful as you gain Tiers. Often they are rolling unmodified for most actions other than a small handful that they have training for. Without ability to apply effort they can feel very weak against tasks and enemies at level 5 of higher.

In supers games the sidekick can often be very important for certain characters, and they can help a smaller group of PCs punch a little higher than they could otherwise with the power of numbers. Thankfully there is one Cypher game that made an effort to make companions a little more interesting and stronger: Predation.

Predation is a pretty great setting with some interesting rules to support the Dinosaur companions that are nearly ubiquitous within the setting. These rules, like most rules, can be easily adapted or modified to suit other settings and genres to enable PC companions. I already discussed this idea a while back in regards to a high tech or cyberpunk game where PCs can be reasonably expected to have AI assisted drones. Another common genre with a historic trope that fits well with these rules is comic books & superheroes. Oh hey, how topical!

I think the companion rules will work wonderfully for this purpose. With a minimum of additional work required to fit the rules to the genre. While I presented the idea of this prior but did not elaborate on what those changes would look like, this time I would like to present my full hack for Sidekicks.

First thing's first, we need to skin over the dinosaurs into sidekicks. This is really just a matter of renaming them to fit a superheroic game:


The companion ability lists for each type can stay as is, and even those ability names can be retained for the superhero genre. The exception to this is the Temporal Hunter ability which can either be removed, or rejiggered for the setting (example, Mutant/Metahuman Hunter, or the like).

Lastly the companion dispositions from the book. These are the biggest change as I would not use these and instead use the same Descriptor list as the main player characters in the game. This will allow more options and better suit the fact that sidekicks are people, not animals. Descriptor bonuses to pools can instead be applied directly to the sidekick's health stat, and the skills and inabilities can be applied as normal.

When your hero interacts with their sidekick they should still use the Interaction mechanisms from Predation (pg 49) to represent the development of the sidekick from a trainee to an eventual highly trained hero in their own right. This means that initially they may misunderstand their hero's instructions, or may balk at their orders/mission due to lack of experience. As your hero gains experience so too will their sidekick and they will be more confident and capable following your hero's lead.

Since superheroes use the power shift rules I would also allow sidekicks to apply 1/2 rounded down the number of shifts that their hero has. These might be different from the hero's shifts as in the case of mutants or sidekicks with different themes from their hero, or they may be the same because of training and similar power themes. Likewise I would grant each sidekick a choice of +4 Health or an level of skill training at Tier 1, and then apply a bonus of +2 Health per tier in addition to the normal progress. This will help these sidekicks last a little longer as the superheroes they serve get stronger and the super-villains they fight likewise gain more power.

Lastly I would definitely suggest that other players at the table play the sidekicks of other heroes. This will allow far more interesting roleplay than if the sidekicks are played by the same player as the hero. Predation got this perfectly and I see no reason why it should change with a new genre.

That's it (I think), a set of perfectly useful rules for making genuinely interesting Sidekicks for use with Superheroic gaming using Cypher System.
Posted by Marc Plourde at 2:15 PM