ahem, sorry I seem to have picked up a little something. Just a cough ... and some bleeding ... from the eyes ... maybe this is worse than I thought...

Of all the ways that we as a race might come to an end the most likely sometimes seems to be by disease. It's not an unreasonable fear. The Black Death, a.k.a. the bubonic plague, raged across Europe and Asia in the middle 1300s and wiped out some 100 million people (yes, that is right, and it may even be more) with estimates stating that the European population was reduced by between 30% and 60%. In some countries that number may even have ranged up to 80%! It took the continent nearly a century and a half to fully recover in population.

Similarly the 1918 Spanish Flu pandemic claimed some 50-100 million and reached nearly all corners of the globe. By contrast World War 2, accounted as the deadliest war in history, may have claimed fewer lives, with estimates between 40-70 million.

It's terrifying to think that the deadliest things on our planet are not nuclear weapons, but naturally occurring organisms. Back in Issue #2 I wrote about using illness in games and how it could be used on a small scale to hamper the PCs and give them something of a challenge by way of being reduced in their own selves, but what of illness on the massive scale?

There's more than a couple works of fiction to mine for ideas and imagery. Stephen King's The Stand goes all the way and all but wipes out humanity before it even gets going. The TV film is excellent, I bet it's on Netflix. Other sources to consider? Zombies as a disease in the excellent World War Z, an alien plague in The Andromeda Strain, and any number of adaptations of I am Legend. And Marvel Comics famously has the "techno-organic virus". A personal favorite, available at no cost, is Poe's "The Masque of the Red Death".

Plenty to work with.

As for how to use it in your game? Well a pandemic with sufficient mortality that is highly transmissible can become a specter that chases the characters, a common cause and a common motivation: find a treatment and/or cure, avoid getting ill, or save a loved one (or even one's entire race. Disease in its many forms can be applied equally well to games set in the modern era, the future, or the past, as well as science fiction and fantasy.

Everybody can get sick even animate dead and animate constructs.

An android could contract a computer virus, corrupting his source code and impacting the way he perceives his world and behaves, or a nanotechnology disease could tear at his mechanical innards as effectively as a biological one for a normal person. Likewise a magical affliction could reside within the magic that binds a soul to a corpse. Specialized conditions like this will probably play out best if they also effect normal characters or if all of the PCs are artificial or undead lifeforms.

Of course the disease itself need not be the focus, but instead the catalyst of the setting. The majority of The Stand occurs after Captain Trips has killed 99% of humankind. The film "12 Monkeys" tells the tale of the survivors trying to stop the plague that nearly wiped us out (*spoiler* and causing it in the process)! The famous Wild Cards series of books features a world were an alien virus (Xenovirus Takis-A, aka the Wold Card Virus) can give people super powers (aces), freaky mutations (jokers), or, more likely, kill them (the black queen). In the wake of the Wild Card virus the super powered Aces have the power to change the world (for good or ill) while the deformed mutant jokers are prejudiced against and feared. 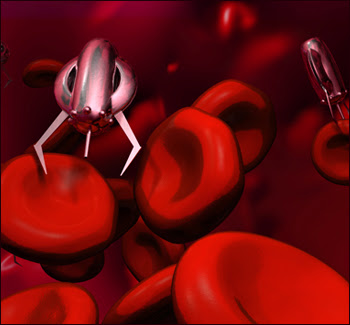 Plot Idea #1: It's in the Blood
What happens to vampires when a new disease presents itself that goes dormant in a living host but attacks the undead? Depending on the setting this could become a huge factor in pushing vampires towards extinction, or cause vampires to consolidate their power and act openly in an effort to cull the disease from the mortal population.

Plot Idea #2: It's in the Magic
Something is making wizards and other magic users ill. At first it seems minor enough, difficulty casting spells, and reduced ability to regenerate spent magic, but as time goes by the effects compound and rumors say that there are some who have died and come back as horrible creatures. The PCs have to get to the bottom of this for their own sakes, as well as their kingdom's!

Plot Idea #3: It's in the Machine
Nobody know's how it works, or where it came from, but space sector 13 has been crippled by a virus that seems equally capable of infecting man and machine. It all started with an innocent archaeological dig on a dead world, but now it threatens all of known space. It can spread by touch or by any electrical system (and even as data). How do you quarrantine for such a disease? What caused it? And why do its victims show signs that the virus is attempting to change them into something else? And what is that something else?

What about you all, how would you use a plague, pandemic, or global outbreak in a game?
Posted by Marc Plourde at 12:30 PM